skip to main | skip to sidebar

I can't quite believe that I am back on the blogging trail after so long away, but H had decided that we need a project for the New Year and so I will be group blogging here along with my 3 closest friends, H, J and M, whom I went to University with in 1994. I already think that I will end up blogging more than they will, althought perhaps they will surprise me with their comments on life now and then.
I hope that we get to understand each other a little better, with thoughts on what brings us together, as well as what makes us different. God knows that our lives are all on alternative trajectories, but I suppose that is what has made things interesting over the years.
Maybe it will inspire me to get back on my own blog and make some electronic notes on what happened after the plane landed back on Yorkshire soil....actually, not that much now I think of it!
Posted by Miss A at 4:39 pm No comments:

Only 24 hours from home, and an end to three years of living in Hungary, seven of living abroad. I'm going back to something completely new, and something very old and familiar. To say that I would be sad to leave my expat life would be an understatement, but I have to add that home is calling to me like a siren across the sea. I can't wait to wear a cardigan in summer, complain that the Christmas music starts in October and attend a bonfire night for the first time in years. I want to snuggle up when the nights draw in and enjoy my friends open fire and amazing cooking. I am English after all, have felt more so since I moved away, but long to be one of them in beautiful Yorkshire once more, not from a distance any longer.

How has the time gone so slowly, and yet so fast? Where have these three years gone, in a haze of madness, learning Hungarian, a wierd job, and some of the most wondrous people I have ever met in my life. I know that in England, a new life awaits that will be so, so far from this, loads of new faces and challenges I am ready for, ones that will make my brain work like it never has before. I think that now I will sign off, this time for ever.
Posted by Miss A at 7:49 pm 3 comments:

I'm off to the Black Forest on Monday, so I certainly was not supposed to be going anywhere else so close to the end of the year with our students, but one sick teacher and a packed bag later I found myself off to the Hungarian Plains with 44 of the smallest students I have ever taken away on a residential trip before, 7 year olds. I love going on these trips as I find that you go to places you would never see in a million years, and this part of the Plains was no exception. It is staggeringly beautiful, and mind blowingly flat. So flat, that there is no vista, just land for miles.

The kids got to ride horses and go and see a working farm, by far and away my favourite bit was getting to see some Mangalica pigs, curly haired, Hungarian native pigs that live a much longer life and produce incredible meat, I even read an article saying that loads of chefs in New York were starting to breed them, such was the gastronomic wonder of their meat. Made me happy to see them wandering in the yard soaked in mud, happy little things.

We also watched a horse show, ate so much Hungarian food it is a wonder the kids could walk, including the best gulyasleves I have ever had. We rounded off the days away with lots of playing in the shade, and watching a herd of horses in the fields around us charge into their very own pool in an attempt at keeping cool, something I never accomplished, the heat on the Plains is intense, there is no-where for it to go, relentless and never ending, like the Plains themselves. This is a very little travelled to part of Hungary, but definitely worth it if you are the adventurous type. 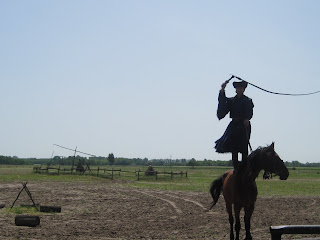 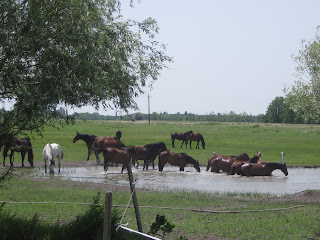 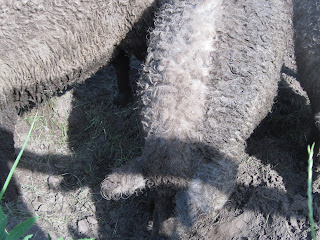 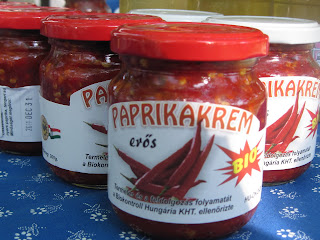 Things to do in Budapest before they pry my residents card from my hand...

This should keep me busy don't you think? Hopefully K will do a couple with me, and I can also get my brother, sister in law and nephew to do a few too when they come. Think I might try and tick one off on this sunny Saturday...
Posted by Miss A at 11:04 am No comments:

By the River Danube I sat down and wept 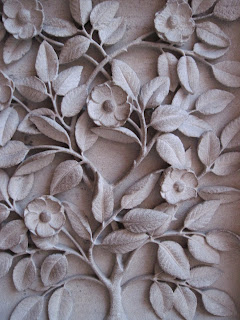 There are only two days of May left, which feels like utter madness to me. It seems like mere moments since I was having a great whinge about this being the longest term, and how there were weeks and weeks left before the wonder of summer holidays. Those halcyon days that make all teachers feel like their students when the bell rings on the last day of term. That day is flying towards me, and I don't know how I am supposed to do everything that I should in the next 4 weeks. One whole week is in Strasbourg and Freiburg anyway on a school trip, so that should really be 3 weeks. I can feel my pulse racing as a type.

I thought that all I was thinking about was work, that I was so ingrained in my routine that I had no time for Budapest as a city left, that nothing could happen outside of pure survival of these last weeks at school. But as I slowly get organised packing, looking at the things in my apartment, I find that a nostalgia creeps over me that I simply did not expect and was certainly not ready for. I've here for three years, and God knows it took me long enough, but I really do like it now. I especially love my Jewish district, I walked to the shop this morning, past the little stalls that spring up on a Saturday in Klauzal Ter, and a sadness washed over me. Life will be so different next year, Eastern Europe has been my home for over half a decade, what will it be like to be English in Engalnd next year. It all just sounds so normal.
Posted by Miss A at 10:54 am No comments:

So, I suppose that I have not really made a secret of the fact that it was my intent to leave Buadpest this year, and, as always, I have held off writing anything on the blog until it was all definite and sorted. As I finish the first week of my final term at school, I guess that it is all over now bar the shouting. I handed in my notice a few weeks ago and have decided that I am off back to the UK after 7 years living abroad.

Now, I'm not rich, not even what you would call 'well off', and this year is going to be a real struggle financially. But, it is something that I have wanted to do for a while so I will take the hit and live off beans on toast for a year. In September I will be returning to a Northern University to study for my MA in Theology. This is so far away from the day to day routine of workinng that I am both excited and terrified about having a year as a student again.

So, while I wait out the last few months in Budapest, I am buying course textbooks and telling myself to save every last penny I have while I still have the chance. As with every time I have decided to move on from a country, the place you will leave suddendly takes on a sheen that you have never noticed before. Budapest really is gorgeous in the Spring and Summer and so the blue skies and greenest of trees start to open the spirit of Hungary and make me miss it before I have even left. 9 weeks of work to go, and a week in the middle of that in France and Germany, I'll be back in the UK before I know it and all the culture shock that will entail. I've been away for a long time now...
Posted by Miss A at 10:17 am 2 comments: 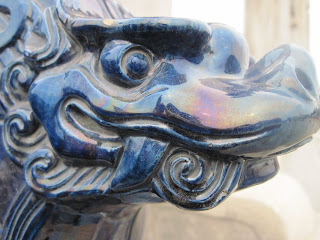 Before I visit some-where I read a lot about it, buy guidebooks, look on the net, ask people who might have been there already. I've read a great deal about China, am aware of their human rights record, am appalled by their treatment of the Tibetan nation and have seen movies from The Last Emporer to Crouching Tiger Hidden Dragon. I think that travelling all around Europe, a few Muslim countries, and the US, I have never really under gone what I would call 'Culture Shock'. I had a friend who went to Mumbai and spent the first 48 hours in her hotel room as she was just so amazed and confused by the noise, smells, and crowds she saw when she arrived. Obviously, my trip to Beijing was not that extreme, but I did find myself simply staggered by the scale of the city.

The first moment came when I stepped onto Tiannamen Square. The scale is out of this world and images of mass rallies came sweeping trhough my mind. I was surrounded by huge groups of Chinese tourists, apparantly, it is very common for villages or towns to make pilgrimages to see Mao, and see the Forbidden City. In my youth I used to frequent rock concerts, seen Guns 'n' Roses, Metallica and been to summer festivals of a hundred thousand people, and yet shuffling through the square felt massive on a scale I have never seen. Follow this up with a trip on the Metro on a random Wednesday afternoon worse than Paris in rush hour, and you get an idea of simply how many people there are around you all the time.

Beijing is almost too big to explore, you couldn't walk from one end to the other. But it is exactly this that made it such a fascinating place to visit, huge spaces, a self contained secret city that took hours just to walk though, streets that have been there for years, some that seem to have popped up in a matter of weeks, it's all there. It took me a few days to get my bearings, there are so many taxis, metro changes and buses to get anywhere it seems like you are travelling across country to get to anything. I still don't know if Beijing is heaven or hell, but I know that it was a wonderful experience, one that is going to leave me thinking for a while. In the mean time, Budapest seems so much more friendly, more walkable than ever before.
Posted by Miss A at 10:27 am No comments:
Older Posts Home
Subscribe to: Posts (Atom)